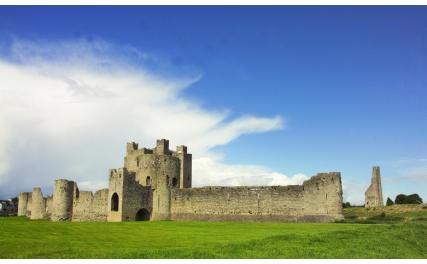 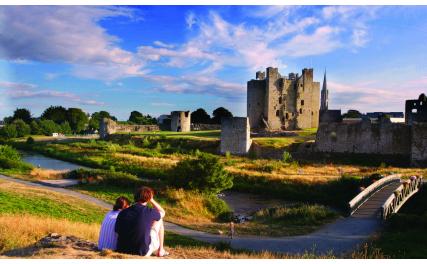 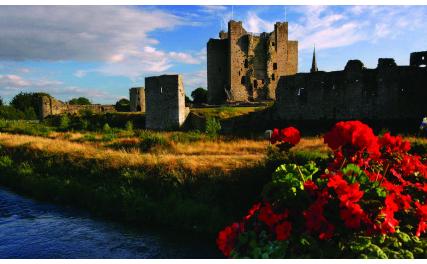 Trim Castle, the largest Anglo - Norman castle in Ireland, was constructed over a thirty - year period by Hugh de Lacy and his son Walter. Hugh de Lacy was granted The Liberty of Meath by King Henry II in 1172 in an attempt to curb the expansionist Policies of Richard de Clare, (Strongbow).

Construction of the massive three storied Keep, the central stronghold of the castle, was begun c. 1176 on the site of an earlier wooden fortress. This massive twenty - sided tower, which is cruciform in shape, was protected by a ditch, curtain wall and moat.

This magnificent site experienced a renaissance in 2000 when it opened to the public after an extensive period of excavation and restoration.  Access to the Keep is by guided tour only for safety reasons and visitors also have access to the grounds of the castle where interpretation panels allow for self guiding.

Please note that this is a very busy site and visitors may experience a delay during the summer months. Access cannot be guaranteed. Please arrive early to avoid disappointment.