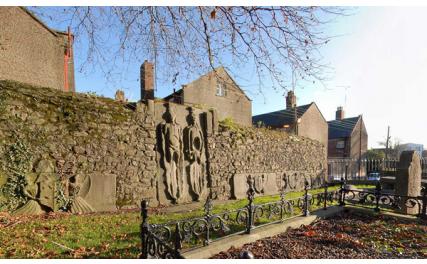 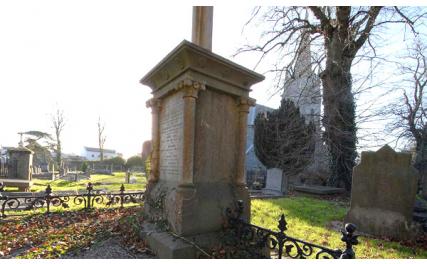 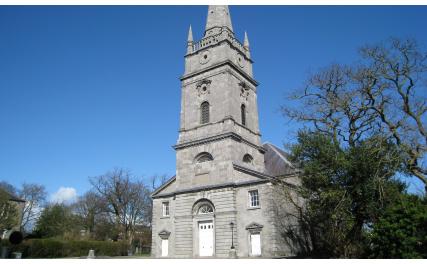 St. Peter’s Church of Ireland is built on a site which has been a centre of worship at least since the founding of the town of Drogheda itself. The earliest archaeological feature of Drogheda is the Millmount motte, probably established by the Norman knight Hugh de Lacy before 1186. St. Peter’s church was established on the north side of the River Boyne also before 1186 and was given by de Lacy to the Augustinian canons of Llanthony Prima in Monmouthshire, Wales (The Topography and Layout of Medieval Drogheda by John Bradley, published by the Old Drogheda Society, 1997).

Although there may have been a Celtic Church here in earlier times, the dedication to St. Peter suggests that it was an Anglo-Norman foundation as Celtic Churches were not usually dedicated to Biblical Saints. The first church on the site was probably built about the same time as Mellifont Abbey, as the remains of some of the original tiles and mouldings found on the site are similar to those found at Mellifont.

The Church of St. Peter’s was an important ecclesiastical centre, being used as a Pro-Cathedral for Armagh Diocese for several centuries. The Primates of Ireland of the time lived either in Termonfeckin, Dromiskin or Drogheda, and very seldom visited the Northern part of the Diocese because of the unsettled state of the country.

The Siege of Drogheda - Oliver Cromwell

During the Siege of Drogheda in 1649 Cromwell’s Parliamentary forces burned the steeple of the church in which about 100 people had taken refuge.  Perhaps appalled at this act of savagery and desecration, and other such atrocities committed during his campaign in Ireland, Cromwell’s army donated £10,000 for the repairs of St. Patrick’s, Armagh, St. Patrick’s, Dublin, and St. Peter’s, Drogheda.

The magnificent font, which stands by the door at the West end of the church, is the only surviving relic of the Medieval church still in use.

The organ, for which the Corporation of Drogheda gave £300 (a not inconsiderable sum of money at that time) in 1771, was built for the Church by John Snetzler in London.

Within the churchyard of St. Peter’s can be found many interesting and varied funerary monuments. Of these, perhaps the most interesting and visited is a “cadaver stone” taken from the tomb of Sir Edmond Goldyng and his wife Elizabeth Fleming. It is built into the churchyard wall, east of the present building and shows two cadavers enclosed in shrouds which have been partially opened to show the remains of the occupants of the tomb. Helen M. Roe in the Journal of the Royal Society of Antiquities, 1969 estimates that a date for the tomb would seem to fall within the first quarter of the 16th century.

A fine tombstone stands over the grave of John Duggan, late private in the 17th Lancers and survivor of the Charge of the Light Brigade at Balaklava and the battles of Alma and Sevastopol (and Inkerman, which is doubtful, Duggan being in hospital at the time of the battle) during the Crimean campaign. Duggan was a Drogheda man who had a somewhat chequered military record: on his discharge from the Army he was employed as Sexton in St. Peter’s where he served from c1773 until his death in 1881.

An arson attack happened in May 1999. Following this devastating act, which severely damaged the interior of the church, the Select Vestry decided not only to repair the damage caused by the fire but also to undertake a complete restoration of the building. The roof was completely replaced, the church rewired, a new heating system installed, as well as new lighting and a new sound system, and the church has been completely redecorated.

The stonework of the tower, which had always given problems since the day the church was built, has been completely restored and upgraded.

But provision has also been made to allow the Church to be used by the wider community in Drogheda for the appreciation of the musical arts. An open area has been constructed at the front of the church, giving the town a 450-500 seat superlative performance space, using the building’s superb natural acoustics, while all the while remaining first and foremost a living, active place of Christian worship.